Optimist World Championship 2019 started in a dramatic condition. There was a heavy squall, dive-bombing seagulls, along with a fleet of recall on the water. 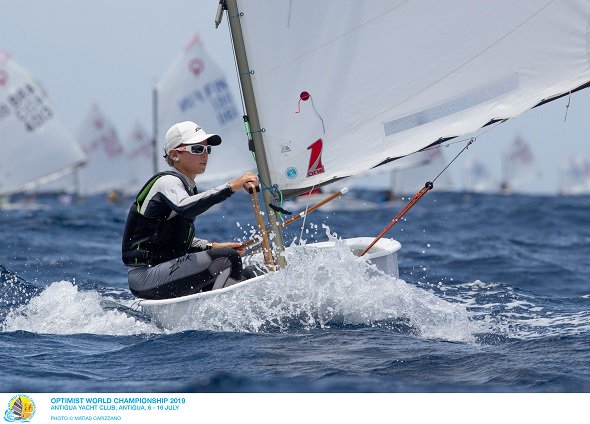 On the day, the wind on-shore reached up to 26 knots and there was rain during the initial day of finals. The final day has 255 sailors who were divided into different fleets namely gold, silver, bronze, and emerald. After some time, the condition on the shore got extreme. Emerald fleet of 63 boats came back to the shore during the second race.

Luis Ormaechea, the representative of shore said, “The day was not easy for us, because of the storm and rain, the visibility on the track became poor. The four participant fleets finished their first race but because of bad weather condition, it became difficult for many boats to sail and they lost control. Looking at the condition, we decided to call off the emerald fleet at the shore to make things easier for them. The team has less sailing experience in comparison to its counterpart. Calling back any team from water doesn’t happen every time, but we do it when it is extremely needed. For us, the safety of the fleet is an important matter to look into.”

In the Optimist World Championship 2019, a total of 255 sailors participated which were in the age group of 11 to 15 years. The sailors were from different nations, this time three more country participated in the race beating the last year record of 62 nations.